Properties for Sale in New Brunswick 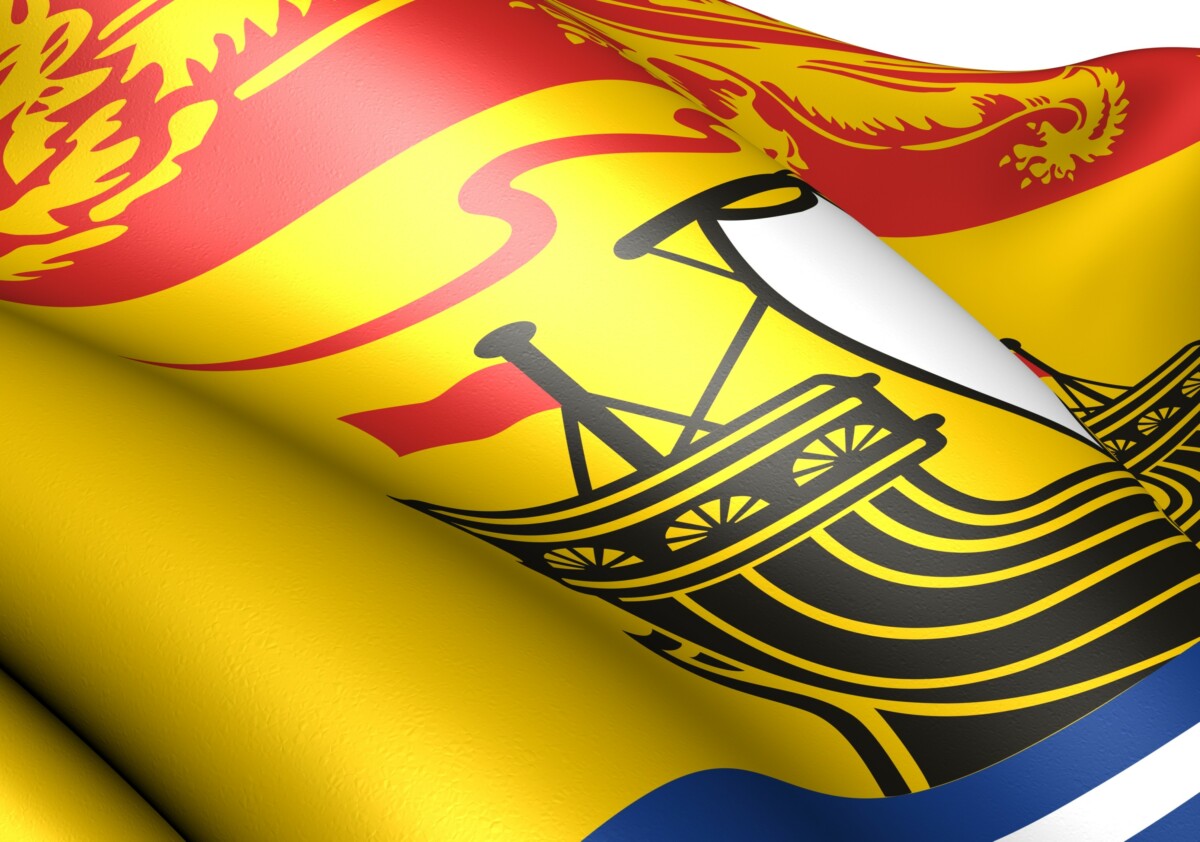 New Brunswick is a province on the east coast of Canada. It covers 73,440 square kilometres and is roughly a rectangular shape that is about 242 kilometres (150 miles) from east to west and 322 kilometres (200 miles) north to south. Its northern reaches are dominated by mountains that are part of the Appalachian Range. Mt. Carleton, at 820 metres (2,690 feet), is the highest.

The interior of the province is mostly rolling plateau virtually covered by forests. The eastern region is fairly flat, while the southern terrain is rugged.

The province is split from north to south by the magnificent St. John River, often called The Rhine of North America.

New Brunswick, Canada has a blend of climates typical of a coastal area and of an inland province. January is generally the coldest month in New Brunswick and July is the warmest; however, influxes of moist Atlantic air produce mild spells in winter and periods of cool weather in summer.

Summers are typically warm and comfortable, but not too hot. Along the Bay of Fundy coast, average daytime highs vary between 20 and 22°C in the summer, with higher temperatures as you move inland.

Many pleasant but cooler days are experienced in spring and autumn. Spring and early summer are notably dry over New Brunswick, but there is ample water during the growing season. The interior highlands record about 1,200 millimetres of rainfall a year, with the heaviest amounts falling during the summer months.

In winter, average temperatures decrease noticeably from south to north. The interior, which has elevations above 600 metres and is more directly in the path of continental air masses, often experiences very cold winters. As one moves south, however, this coldness is gradually tempered by the effects of latitude and, to a greater extent, the sea. Coastal locations such as St. Andrews and Saint John experience moist Atlantic air most of the year, producing mild periods during the winter and cool weather the rest of the year.

Two lots available. This (+/-) 5.7 acre field is located in MacDonalds Point, just outside of Wickham and has a great view of the Saint John River. Public water access is located on the Days Road (just across the road). There is over 500 feet of road frontage, making it easy to subdivide for investors […]

This (+/-) 43 acre property is located only 30 minutes from the city of Miramachi and only a few miles to groomed snowmobile trails. The Northwest Miramichi River is only a few minutes away for great fishing. There is over 2300 feet of road frontage for optimum privacy. Approximately 24 acres of this property is […]

This (+/-) 32 acre property is located in Warwick Settlement only 10 minutes from Miramichi. The Northwest Miramichi River is only a few minutes away for great fishing and snowmobile trails are close by as well. This is a great acreage to build on and Indiantown Brook flows through a corner of the property. Over […]

This (+/-) 27.7 acre property is conveniently located 10 minutes from the Town of Sussex. There is over 500 feet of paved road frontage, perfect for your new private homestead. The property has a mixture of immature softwood and mature hardwood and softwood. ATV and snowmobile trails are a short distance away. HST is applicable […]

This large (+/-) 53 acre property is located only 10 minutes from Sussex. The lot is very private and has over 950 feet of road frontage. The forest cover is mixed with young and mature softwood and hardwood growth. Managed ATV and snowmobile trails are a short distance away. This is an affordable option for […]

(+/-) 8 acre building lot/mini woodlot on the Cumberland Bay South Road. This property consists of a 15 year old spruce plantation that is growing well. There is approximately 500 feet of road frontage, which provides great privacy for your new home. Only 10 miles (17 km) from the Village of Chipman. To be surveyed […]

The 2.3-acre property is located on a well-treed hill. On Google maps it is situated between 984 and 1016 Riverview Drive East, Sussex, NB. One couldn’t ask for a more beautiful location on which to build a home than this property overlooking the Kennebacasis Valley. Built high above any flood plains, you have your choice […]

This lot may be what you are looking for. It is a partly-treed piece of property on Route 134, a paved road with power. Situated in a rural community, it is just 32 kms from Bathurst in the north and 43 kms south is Miramichi.

50 acres with new tree growth for sale at Cumberland Bay, NB. Meadow Brook runs through the southeast corner of the property. Nice quiet area with moose, deer and grouse hunting. Good ATV and snowmobile trails in the area. It is just 20 kms to the Village of Chipman, the location of the JD Irving […]

25 acres of woodland for sale in the town of Sackville, NB, the home of Mount Allison University. This is a great place to build a home or cottage. The property is divided by the Trans-Canada Highway but has good four-season access by either the Mount View Road or the Walker Road. It is only 60 […]

There is a good road leading to the back of the property, which can also serve as your driveway. There is (+/-) 10 acres of harvestable wood remaining on the property, while the remaining 24 acres was planted in 2010. This could be easily cleared for your future hobby farm. Great location for a home […]

30 acres of well-treed woodlot with frontage on the Salt Springs Brook off Route 860 at Salt Springs, New Brunswick. This location is just 10 min to Hampton, 45 min to Saint John or 35 min to Sussex. It would be a great place to live off the grid or to build a camp for […]

We have a 1-acre building lot on the Holtville Road at Bloomfield Ridge, NB near the mighty Miramichi River. The lot is close to the corner of the Porter Cove Road. It is only 20 min to either Boiestown or Doaktown.  This lot is well wooded and on a paved road with power.

A 60-acre woodlot for sale near Coles Island, NB. This location is just 30 min from Sussex, NB and just an hour from either of the three major cities of New Brunswick – Moncton, Saint John or Fredericton. The property has mature growth with approximately 25-30 cords per acre of mostly softwood and some oak. […]

If you are looking for a spot that's affordable to own a scenic piece of Deer Island, this is the place for you. The 75-acre woodlot has great tree growth. It was harvested 25 years ago. You may live off the grid or build a cottage. It is ideal for deer hunting.

I have a 305-acre property on the Quirk Road, near Sussex, where you may enjoy country living with all the amenities of the city as you only have to travel 7 kms to the Town of Sussex. You are just minutes away from shopping, working, restaurants, medical clinics, hospital and so much more. As well, […]

4.3 acres of well-wooded property on Route 105 between Robertson Point Road and civic number 4950. It is high and dry but near Grand Lake on a paved road with power. This would be a great spot for a year-round home or a cottage. Centrally located just 45 kms from Oromocto or 60 kms from […]

75 Acres in City of Fredericton on Royal Road for sale. It is well treed and has a gentle slope to it. It is ideal for large subdivision or commercial development or for an Executive lot to build your dream home that overlooks the city.

Here is your opportunity to acquire 10 acres of unspoiled real estate with 700 feet of water frontage on the beautiful Salmon River. Located on a paved road with electricity, this well-wooded property could be subdivided into 6 waterfront lots or you could build your dream home or cottage. There are a number of permanent […]

46 Acres for sale on Route 116 Salmon River Road just 12 miles east of Chipman, NB with 1,000 feet on the Salmon River. This well-treed property has a good road system to the water front. An ideal spot for a camp or cottage or year-round dwelling. Great hunting and fishing in the area. This […]

8 Acres of well-wooded property with 80 feet of water frontage on Salmon River east of Chipman off Route 116 (Salmon River Road) at Lamb's Lane. Good road and power to site. There are also great hunting and fishing in area. Ideal for a camp, cottage or trailer.

45-Acre woodlot on Route 116, east of Chipman. Well-wooded on a paved road with power. Great spot to build a camp or cottage or permanent home. Great hunting and fishing in the area. The portion of PID # 25030057 that lies north of Route 116.

These 2 remaining 3.2 acre lots have 200' water frontage on the beautiful Salmon River. The lots are on a paved road with electricity. They are well wooded with mature trees. This is the perfect spot to build your dream house or weekend get away. It is ideal for an outdoor enthusiast. It is a […]

This is a waterfront lot with a one bedroom, 1 bath fully equipped ready to move in, cottage for sale on the Salmon River, New Brunswick. It has 2.25 acres, 170 feet water frontage on the pristine Salmon River.

This 2.5 acre river front property has 180' water frontage on the beautiful Salmon River. The property is on a paved road with electricity. It has a great stand of mature trees. It is ideal for an outdoor enthusiast. It is an excellent hunting land, recreational land, building land. It is a great place for […]

This is a 250 acres property on the Quirk Road, near Sussex, where you may enjoy country living with all the amenities of the city as you only have to travel 7 kms to the Town of Sussex or 1 hour to either Saint John or Moncton, two of New Brunswick’s largest cities.

Grand Manan Ocean Front Property for sale. Located on Grand Manan, the third best island in the world (according to Reader’s Digest), is one of New Brunswick’s hidden oceanfront gems. An impressive +/- 328 acres in the secluded southeastern area of the island it extends to the point at the very end of Ox Head Road. […]

Great chance to own a piece of New Brunswick wilderness complete with private salmon fishing pool. This 400-acre property of well-forested woodland is located at McGraw Brook on Route 108 Highway in Central New Brunswick, Canada. The wood was harvested on some portions of this lot approximately twenty years ago and a 2006 Standing Timber […]

Here is your chance to purchase 335 acres of woodland with a camp and a Rogers leased tower site making it an ideal income property. It is located between Jemseg and Cambridge-Narrows, NB on route 695 across from Knight Road. It is just 40 miles to New Brunswick's capital city of Fredericton and 1/2 hour […]

This 100-acre woodlot on Cox Point Road at Cumberland Bay, New Brunswick has a good access road with 1,800 feet on pavement with power. Situated 10 miles from the Village of Chipman, is ideal for a home or cottage site. Ample amounts of game in form of deer, moose, woodcock and partridge for the hunter […]

4-Acre lot with 200 feet of water frontage on Grand Lake and 200 feet of paved Highway #10 at Cumberland Bay just 12 miles from Chipman, NB. Power is very close to the site. This property features trees and open fields. The sheltered cove provides ideal conditions for boating and swimming. It is a habitat […]

200-Acre managed woodlot with approximately 1 mile of frontage on the Canaan River which flows into the Washademoak Lake in central New Brunswick within a 1/2 hour drive to Sussex, the Province's 'Dairy Town'. Situated a short distance from the TransCanada Highway, it is within an hour's drive to the three major cities of Fredericton, […]